History of Transformers and Inductors

History of Transformers and Inductors 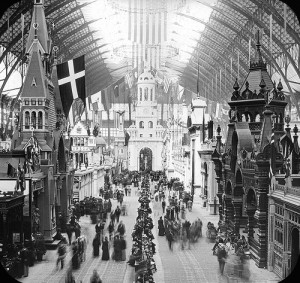 Who Invented the Inductor?

The use of electrical transformers and inductors in the electrical realm is such common practice that it’s hard to imagine a world without these devices. When the property of inductance was discovered in the 1830s by Joseph Henry and Michael Faraday (separately and on different continents), technology was revolutionized. Inductance was first found by Faraday in a simple yet strange way: he wrapped a paper cylinder with wire, attached the ends of the wire to a galvanometer (a device used to measure electric current), and moved a magnet in and out of the cylinder. The galvanometer reacted to this, revealing the production of a small current. Shortly after this discovery, Reverend Nicholas Calland of Ireland invented the inductor coil. The earliest version of the inductor consisted of a coil with two terminals at the ends which stored energy inside a magnetic field when a current was introduced.

Who Invented the Transformer?

Soon after the invention of the inductor, scientists discovered that, when two inductors were placed side by side without touching, the magnetic field from the first coil affects the secondary coil―this discovery led to the invention of the first transformers. There were many early trials of the transformer, such as those by Charles F. Brush of Ohio, Sebastian Zianti de Ferranti of England, and Otto Blathy and Karoly Zipernowski of Hungary. It wasn’t until the mid-1880s, however, that the first commercially-used transformer was built by William Stanley. Stanley, working under George Westinghouse, created a transformer that was easy to machine and wind to form a core of E-shaped plates in step-up and step-down variations. This version was inexpensive to produce and easy to adjust. Stanley’s version was first used in Barrington, MA, for the electrification of the downtown area using an advanced AC power system. Around this time, Westinghouse also bought rights to over 40 patents belonging to Nikola Tesla, inventor of the Tesla coil and responsible for the discovery of alternating current. Outbidding Thomas Edison, Tesla and Westinghouse used Tesla’s AC system to light the World’s Columbian Exposition in Chicago in 1893. In the few years following, Albert Schmid improved this design by extending the E-shaped plates to meet at a central projection. It was not long after this that the first three-phase transformer was built by Mikhail Dolivo-Dobrovolsky in Germany. 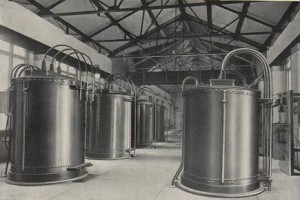 From the 1880s to today, inductors and transformers continue to improve as new technologies have allowed us to produce smaller and more efficient versions with greater capacities. Inductors now range from single-loop inductors to large and lengthy coils of wire, and transformers are used to power everything from cell phone chargers to entire electric power grids.

What is an Inductor?

What is an inductor, its purpose, and how does it work? Inductors are an electrical component made essentially of a coil of wire, often wound around a magnetic core. From our experts, here are some facts to…